Whilst over three quarters of the overall PI market comprises RTA claims, NAH’s focus remains on the higher margin segments of medical negligence and non-RTA claims. These accounted for 72% of NAH’s total vetted enquiries passed on to Panel Law Firms in 2016 1.

During 2016 deliberate steps were taken to focus on quality rather than volume as the division prepared for changes proposed by Government. Despite lower volume, we maintained our overall market share at 5.0%.

The UK PI market is stable in terms of medical negligence and RTA claims volumes and whilst there has been a slight reduction in employers’ liability cases, this is due to a reduction in noise induced hearing losses which NAH does not target. There has been a significant increase in travel illness claims which is also an area that NAH is not active in.

The regulatory environment is driving industry consolidation with a 54% reduction in the number of regulated claims management companies in the period since 20132.

NAH continues to provide leadership in the PI Market by:

·      Proving intelligence to regulators to help them prosecute rogue companies

The Group is pleased to publish its 2018 Annual Report 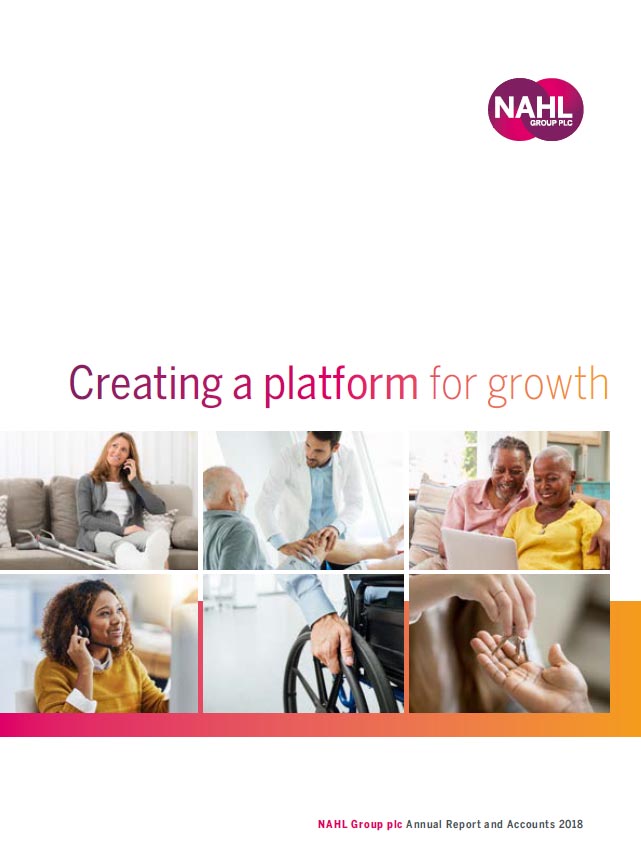